Supporting the Colitis, Crohn's, ostomy and J-Pouch community one butt joke at a time

Take down: The untold story

Take down…not so easy. I’ve been trying to get my diet up to a soft diet and then ween off the IV pain meds. I took the IV out yesterday and then I got nauseous and had to put the IV back in took some anti-nausea stuff and was good to go. Well this morning I started to ween the Dilaudid again, and then I started having these intense stomach pains. I’ve had a lot of gas, and that makes the intestine cramp up and then when it releases, so does the pain and the gas. 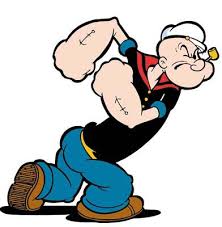 Well when the pain meds were gone, the stomach cramping got so bad that it made me puke a ton. Sooo…I had to take the dilaudid again…..then my other arm started to swell from the IV. So now I have forearms that look like popeyes. But seriously, no one told me about this gas thing. Like that was one of the first things I noticed post op was the passing of gas and the doctors ask me about it every time they come in.

Speaking of doctors, my surgeon didn’t come visit yesterday and I was kinda upset just because he said he would….then he showed up at 10:30pm. Shocking….he did what he said he would do. So anyway, there is a lot of gas. And i can feel my intestines cramping up, holding tight and then letting it go. I’m having a hard time telling the difference between gas and poop..so thats a fun game so far. Also I finally go to see under the bandage to my scar.  Its less than pretty.

Yea, its rather ugly. Oh well. Also I’m pretty sure my belly button will never look normal again its that weird half moon shape thing. So weird. Its still oozing a bit, but over all its ok. Still hurts but I am recovered mostly from the surgery itself. The incision isn’t pretty but I can get up and move no problem..its just the gas and nausea I’m dealing with now. Also after I just got a tray of normal food, they took it away, and put me back on clears. Ugh and I hate jello, and orange popsicles and its too hot for broth…so I haven’t really been eating much. Yay weight loss.

Jackie Zimmerman is a multiple sclerosis and ulcerative colitis patient and the founder of Girls With Guts. She is also a freelance designer and consultant. In her free time (what free time?!) she spends time with her two rescue pups and plays roller derby. Catch her on Twitter: @JackieZimm.

13 thoughts on “Take down: The untold story”